When Gov. Rick Perry touts the strength of the Texas economy, he often cites a handful of nationally known companies with new or expanding footprints in Texas: Apple, Caterpillar, Facebook, Toyota.

It’s no coincidence that those companies also happen to be among more than 100 firms that have benefited from the Texas Enterprise Fund, the economic incentive program championed by Perry to lure more jobs to Texas. In the governor’s office, the fund is nicknamed “the deal closer.” Critics from both the left and right have a different name for it: slush fund. 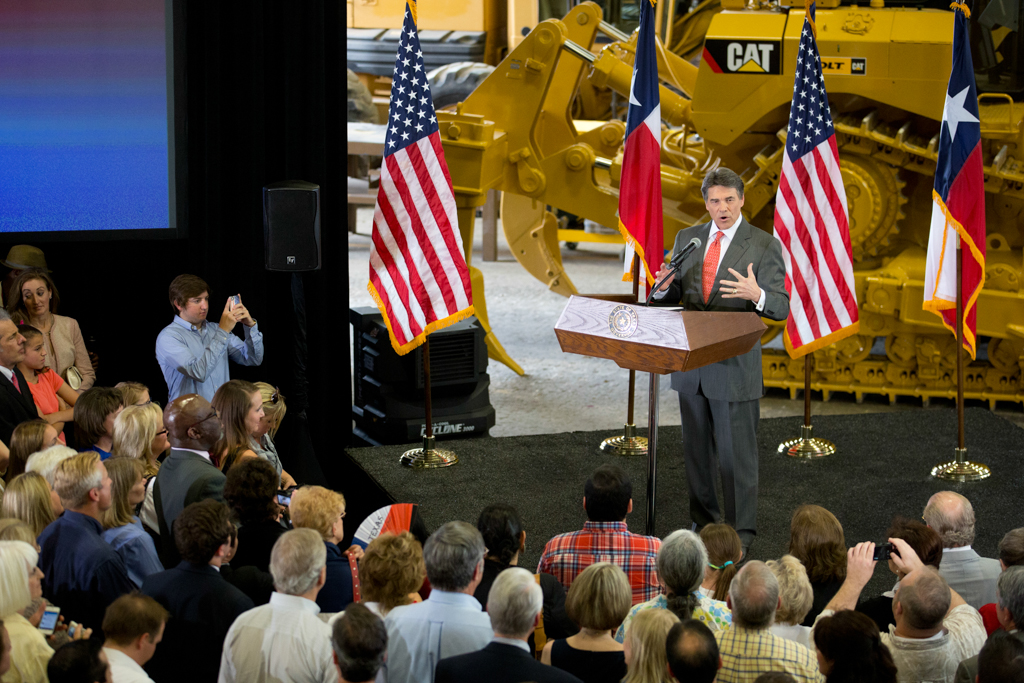 As he exits the Governor’s Mansion, a blistering audit and shifting attitudes among Republicans on economic development has placed a cloud over Perry’s signature economic development initiative. When the Legislature meets next year, programs like the Enterprise Fund could be severely curtailed or scrapped all together, a prospect Perry has acknowledged as possible without him in office to defend them.

“I think if they want to change it, if they want to unilaterally get out of the economic incentive business, that’s their call,” Perry said at The Texas Tribune Festival in September. “I would suggest over the last decade, since 2003, we have been successful in a lot of major projects and small projects.”

Perry proposed the fund in 2003 amid a downturn in the state economy. He argued that Texas was losing out on jobs because other states were offering companies bigger incentives.

“We could set aside $200 million to close the deal with companies like Toyota, recognizing that not one dollar would be spent without the guarantee of jobs and paychecks coming to Texas,” Perry said at his State of the State speech that year.

Over the next decade, the fund gave out about $500 million to dozens of companies and projects, all of which promised to invest in Texas communities and create jobs. The outcomes have been decidedly mixed, with several high-profile projects delivering less than promised.

“Do these incentive programs need to go on for perpetuity? I think it’s a good conversation to have.”

The state of Texas also distributed millions of dollars more through the Emerging Technology Fund geared toward nurturing start-up firms, and a suite of event “trust fund” accounts used to lure sporting events and business conferences.

“The Enterprise Fund awarded hundreds of millions of taxpayer dollars to private companies that pumped $1.6 million into Perry’s campaign coffers,” said Craig McDonald, director of Texans for Public Justice, a liberal watchdog group. “Perry’s legacy is that he built the ultimate crony-capitalist state.”

The debate appeared to reach a tipping point this year surrounding two events. First, Toyota announced it was moving its headquarters from California to Texas. An Enterprise Fund award of $40 million to the company drew sharp criticism for both its size and for comments from Toyota officials indicating that the award did not impact their decision.

Then in September, State Auditor John Keel released his examination of a decade of Enterprise Fund’s awards. The audit described a program riddled with weak oversight and raised serious questions about its value in creating jobs or improving the state’s economy. On the campaign trail, the two leading candidates to replace Perry were critical of the program. Gov.-elect Greg Abbott has called for a re-evaluation of the Enterprise Fund.

As the Legislature meets for the first time in more than a decade under a governor other than Perry, a growing group of lawmakers seems interested in severely curtailing the state’s aggressive approach to economic incentives. Speaking in September, Perry seemed comfortable with such a debate taking place after he was gone.

“Do these incentive programs need to go on for perpetuity?” Perry said. “I think it’s a good conversation to have.”