Rick Perry’s first budget as governor in 2001 could have come from any Texas politician who talked tough on crime.

He wanted more prisons, but that notion earned an lukewarm eye roll from Texas lawmakers who saw no need for costly new lockups.

Despite that rocky start, Perry will leave behind a criminal justice system in healthier shape than when he stepped up to serve out George W. Bush’s unexpired term. 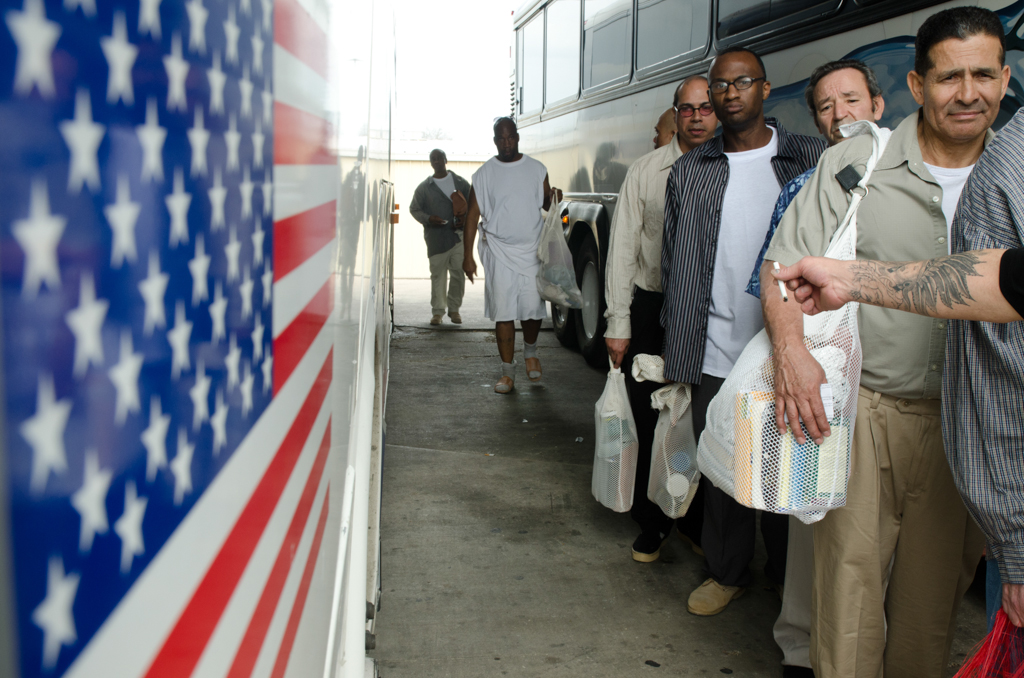 Recently released inmates queue to board a bus bound for Houston. Photo by Caleb Bryant Miller

How instrumental Perry was in improving it remains an open question.

“The governor was in a position to let it happen,” said Tony Fabelo, director of research for the Council of State Governments’ Justice Center. “In that sense, honestly, I give him credit.”

Among the reforms adopted on Perry’s watch: a life sentence with no parole, a measure slowing the pace of the state’s death chamber, post-conviction DNA testing of evidence and the Michael Morton Act, which gives defense attorneys better access to prosecution evidence before trial.

“Gov. Perry has not led on these issues, but he didn’t sabotage them either and deserves credit for not being an obstructionist,” said state Sen. Rodney Ellis, D-Houston, whose mandatory DNA testing bill for evidence in death penalty cases Perry signed. “As the most powerful public official in the state, Gov. Perry gets credit for what we have achieved but also bears some responsibility for how far we still have to go.”

Make no mistake about Texas’ place in the prison world. It still ranks fourth in the nation for the number of prisoners incarcerated. Today, 150,212 offenders live in Texas’ 109 prisons, compared with 48,000 in 1990, before the start of a prison-building spree.

And for 14 years, Perry has held firm on his death penalty stance. He’s overseen 319 executions, more than any other governor in the country, and more than half of the 518 Texas has carried out since executions resumed in 1982.

“Gov. Perry has not led on these issues, but he didn’t sabotage them either and deserves credit for not being an obstructionist.”

Perry has used his authority to halt an execution only twice. On Sept. 11, 2001, he issued his first 30-day stay for Jeffrey Tucker, citing the national emergency. Tucker was executed two months later. In 2002, Perry granted Rodolfo Hernandez a 30-day stay, but he was executed 10 days after that stay expired.

In 2004, Perry rejected the Texas Board of Pardons and Paroles’ unusual recommendation of clemency for Kelsey Patterson, a mentally ill inmate who believed the military controlled his thoughts.

In arguably the most controversial execution of his tenure, Perry refused to intervene in the case of Cameron Todd Willingham, who was put to death for supposedly setting a 1991 house fire that killed his three children. He was convicted based on what many have said was faulty evidence and “junk science” from arson investigators. 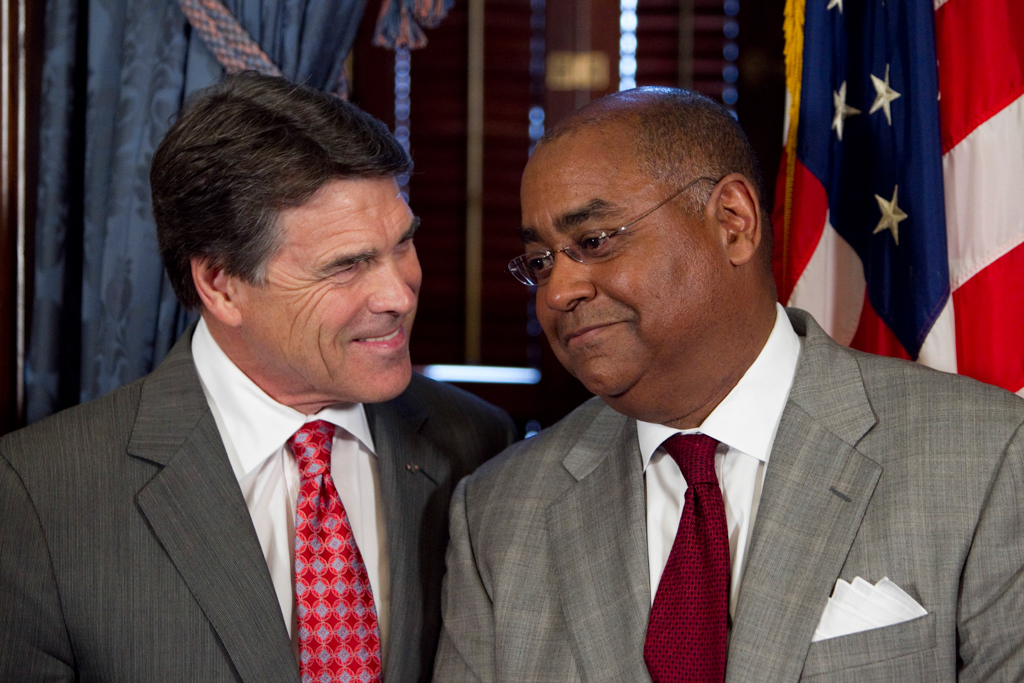 But in 2005, Perry signed a law creating the sentencing option of life without parole, and fewer capital murder defendants now receive death sentences.

And on the prison side, fewer offenders now return to the Texas Department of Criminal Justice for a second or third stint behind bars. The recidivism rate has dropped from a high in 1999 of 33 percent to 22 percent, thanks in part to a series of diversionary treatment programs.

Those reforms were initiated in 2007 by a bipartisan team: former state Rep. Jerry Madden, R-Plano, and state Sen. John Whitmire, D-Houston, when lawmakers blanched at spending $500 million to build and staff another 17,000 prison beds.

Perry vetoed Madden and Whitmire’s first crack at reform in 2005, a tweaking of the probation system. In hindsight, it was the best thing Perry could have done, Madden said.

“It made us do a lot more,” said Madden. Their ensuing bills that Perry signed helped usher in an era of diversionary beds, dedicated to offenders with serious addiction issues.

Diversion helped inmates get into counseling, and taught them ways to beat their addictions when they returned to the free world. That dovetailed with the creation of more specialty courts: drug courts where judges were better equipped with, and schooled in, substance abuse treatment options.

By 2011, the number of prisoners had fallen enough that the first prison in Texas history was shuttered. A state jail and pre-parole facility later also closed.

In 2011, when Perry and lawmakers faced “fiscal challenges,” the governor stuck by TDCJ and the state’s investment in substance abuse treatment beds, Livingston said.

“Gov. Perry and his administration have been certainly pivotal in all of this,” Livingston said. Perry may not have led the charge for criminal justice reform, but by standing aside, he helped usher in reform nonetheless, lawmakers say.

“He was not the leader that was out there and said, ‘Come out and follow me,’” Madden said. “But he was also not one that was preventing us from doing the effort. His staff was encouraging all the time.”