During early voting in Texas, people — of registered voters — voted in person and by mail, surpassing the total number of votes cast in 2016. In 2016, 8,969,226 Texans cast a ballot in the general election, and Texas has added 1.8 million registered voters since then. Turnout on Election Day brought this year’s overall percentage turnout to 66%, surpassing 2016's turnout of 59.4%. 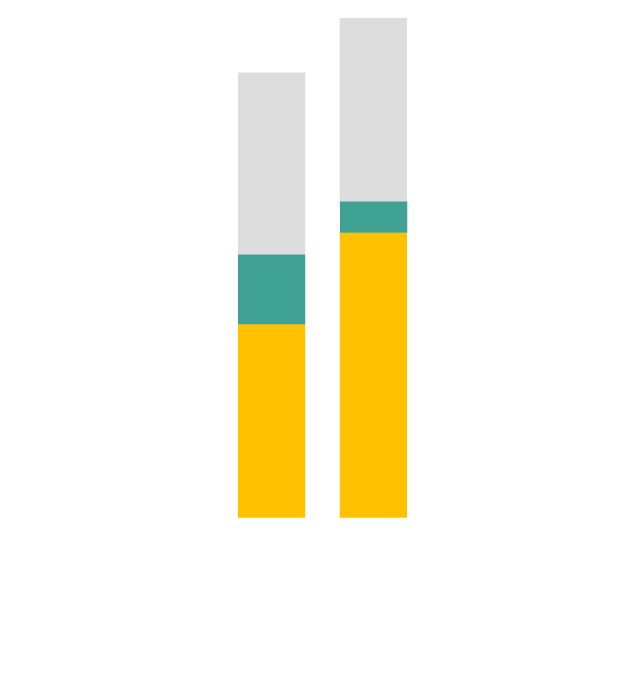 A record number of Texans voted early, and 13% of votes were cast on Election Day.

Note: Early voting lasted for three weeks in 2020 due to the pandemic. In 2016, early voting was two weeks.

What you need to know

The Texas Tribune updated this tracker daily through the early voting period, which ran from Oct. 13 to Oct. 30, as Texans went to the polls to choose their candidates for the 2020 general election. Data is provisional and subject to change as counties finalize numbers.

Due to the pandemic, this election’s early voting period was extended by a week, and officials are expecting a surge in early votes by mail. Both factors could contribute to higher turnout for early voting. These totals include mail-in ballots received before the start of the early voting period.

Below, you can find out how many people voted in a particular county. This is the first presidential election during which the Texas secretary of state will report daily early voting turnout in each of the state's 254 counties. In previous elections, the secretary of state only published total turnout for all counties at the end of early voting.

Turnout in the 10 counties with the most registered voters

Disclosure: The Texas secretary of state has been a financial supporter of The Texas Tribune, a nonprofit, nonpartisan news organization that is funded in part by donations from members, foundations and corporate sponsors. Financial supporters play no role in the Tribune's journalism. Find a complete list of them here.

Alex Samuels and Darla Cameron contributed to this report. Illustrations by Emily Albracht.