HOUSTON — When Anastasia Tolmasoff went to a Planned Parenthood clinic in March to receive her quarterly injection of Depo-Provera, she discovered she could no longer afford to receive birth control there.

“I’m living paycheck to paycheck, so getting pregnant and having another child is not an option for me,” said Tolmasoff, 33, who rehabilitates wildlife at a nonprofit organization. She and her husband cannot afford health insurance.

A woman in the waiting room at Planned Parenthood Gulf Coast's ambulatory surgical center in Houston on Aug. 2, 2013. Photo by Michael Stravato.

In its 2013 session, the Legislature sought to mitigate the impact of those cuts with the largest financial package for women’s health services in state history, increasing spending to $214 million in the 2014-15 budget from $109 million.

Still, women’s health advocates have raised concerns that the financing does not go far enough. Moreover, some advocates argue that strict abortion regulations approved during a special session will create additional burdens on women already struggling to access contraception.

The 2011 cuts dramatically reduced the number of family planning providers in Texas. Seventy-six medical facilities — a third of which were Planned Parenthood clinics — have closed or stopped providing family planning services as a result of lost public financing, according to the latest provider survey conducted by the Texas Public Policy Evaluation Project, a research initiative at the University of Texas at Austin.  Although the researchers found that the state has enrolled at least 16 new family planning providers, they estimate that Texas’ investment in family planning services averted 30,000 fewer unintended pregnancies in 2012 than in 2010.

To restore access to family planning services, Texas’ 2014-15 budget includes a $100 million expansion of a primary care program to provide services for an additional 170,000 women; $71 million to operate the Texas Women’s Health Program; and $43 million to replace family planning grants that the federal government awarded to another organization to distribute.

The state plans to spend 60 percent of the primary care expansion dollars on family planning services, expand the number of contracted providers to 100 from 57, and provide wraparound benefits, including prenatal and dental care for pregnant women, which are not covered by other public programs.

“We still don’t have enough family planning dollars here in the state of Texas.” 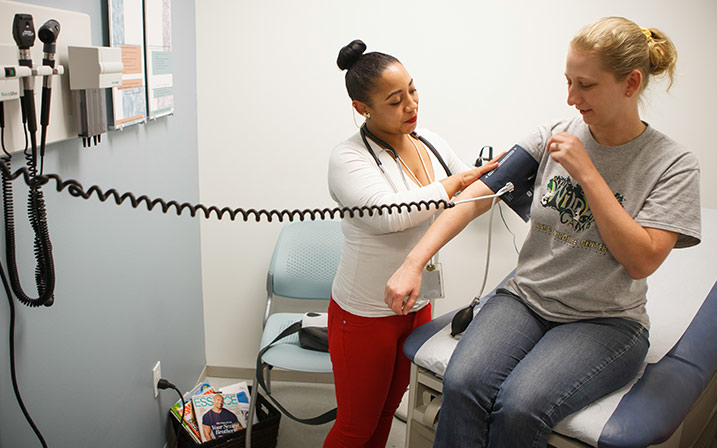 Caldwell said that although the primary care expansion would provide additional benefits to low-income women, its success depended on how the state allocates the money, particularly in rural areas where family planning clinics closed.

“I love the fact that this is more comprehensive than it was in the past,” she said. But “we still don’t have enough family planning dollars here in the state of Texas,” she added.

The 2014-15 budget will meet only a third of the need for subsidized family planning services in Texas, according to the Texas Women’s Health Coalition, which represents 39 medical trade associations and advocacy groups.

Although the coalition advocated for the expanded primary care program in the 2013 session, it has since raised concerns that the Department of State Health Services has not set up the program to effectively prioritize family planning services.

“The bottom line for us is we want the women to be able to get the services,” said Dr. Janet Realini, the coalition’s chairwoman. She added, “There’s an advantage to guiding that money to the family planning, that preventive care piece, because that’s where the cost savings occur.”

In a letter to the coalition, Dr. David Lakey, the health services commissioner, countered that the agency had made family planning services a priority and held nine informal meetings for feedback on the program’s expansion.

The department set the 60 percent target for family planning services, he wrote, “and we intend to meet that target and carry out the program as directed by the Legislature, as we have been doing all along.”

This interactive shows how many women the state anticipates serving in 2014 through the expanded primary health care program, sorted by region. The state health department intends for 59 to 70 percent of the program's funding to be used for family planning services.

Number of women expected to receive primary care services in 2014

The number labeled on each region is the percent of those women who will receive family planning services.

This interactive was originally published on Jan. 14, 2014. Visit the full version to see exact contract amounts awarded per region.

Texas also plans to enact regulations in late October that would ban abortions at 20 weeks post-fertilization and mandate physicians performing an abortion to have hospital admitting privileges within 30 miles of the facility. The law will also require abortions to be performed in ambulatory surgical centers beginning in September 2014. Gov. Rick Perry and other proponents say the regulations will improve patient safety.

The facilities that do not meet those standards are evaluating whether they would have to close under the law.

“It remains to be seen if I can keep my facilities open,” said Amy Hagstrom Miller, chief executive of Whole Woman’s Health, which operates five licensed abortion facilities in Texas. Although only one of those facilities meets the ambulatory surgical center requirements, she said, the hospital privileges requirement could pose an even greater burden because it is outside the control of the abortion facilities.

“It’s heartbreaking, because women who need to end a pregnancy after 16 weeks are often in some of the most extreme circumstances.”

Many hospitals have rules that could prohibit them from granting privileges to doctors who perform abortions. Hagstrom Miller said hospital administrators have expressed concern that Texas could ban a hospital from participating in other state programs if it granted privileges to such doctors.

Opponents of the abortion law say that it would take most providers more than a year to build ambulatory surgical centers to perform abortions.

“You can’t just do a few renovations and convert a facility that is already existing,” said Melaney Linton, president and chief executive officer of Planned Parenthood Gulf Coast, which serves parts of East Texas and Louisiana.

“For six years we could not provide women who need that service that care,” Linton said. “It’s heartbreaking, because women who need to end a pregnancy after 16 weeks are often in some of the most extreme circumstances.”

Tolmasoff said her experience has motivated her to become more politically active.

“You want to tune the politics out,” she said, “but when they really start affecting you, you have to listen.”