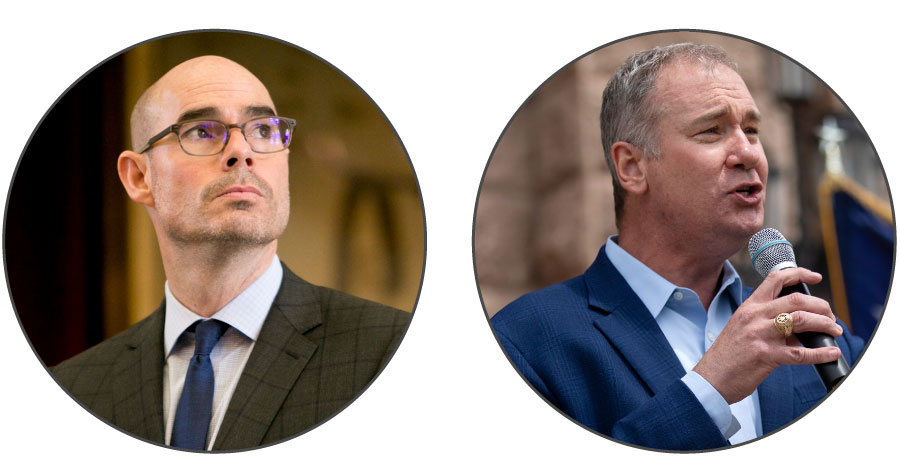 When Republican House Speaker Dennis Bonnen and conservative activist Michael Quinn Sullivan held their now infamous meeting in the Texas Capitol in June, a lot of names came up.

Bonnen suggested that Sullivan target a group of Republicans in the 2020 primaries, according to a recording of the meeting released Tuesday. He also spoke disparagingly about multiple Democrats, calling one House member “vile” and suggesting that another’s “wife’s gonna be really pissed when she learns he’s gay.”

Here’s who was at the meeting, and what they talked about:

In the room for the conversation

After a drama-free legislative session as House Speaker, Bonnen met with Sullivan and then-GOP caucus chair Dustin Burrows on June 12. Sullivan recorded the hour-long conversation. The people below are heard on the recording.

Bonnen told Sullivan that Burrows would list members to potentially target in the 2020 primaries. Bonnen could be heard leaving the room before Burrows listed off the names of Republicans Sullivan’s group could target in 2020. Burrows did not explicitly endorse primary challenges against the 10 members but made clear in at least one case that he didn't want to see one of them return.

Lawmakers who were mentioned

Bonnen and Burrows also disparaged a number of people in the conversation, including both Democratic and Republican House members.